Finding a Work Family - A Spotlight on Ginger Beckman

NOTE: After 15 years with Accent, Ginger has moved on and is now a manager for her family's nursery supply business. We wish her the best!

Not many employees today can claim they’ve been dedicated to the same organization for a decade or more, but Ginger Beckman can. Accent Computer Solutions has a strong track record of giving its employees the ability to take on new tasks and that’s why Ginger has stayed with the company for 15 years. She’s constantly learning and there’s always opportunity for advancement.

"Ginger is exactly the kind of coworker and friend that you want to have," said her coworker Courtney Casey, director of marketing. "She's always positive and reliable, she can handle anything that comes her way, and no matter what kind of day she's having, she greets you with a bright smile."

Rising into her Role 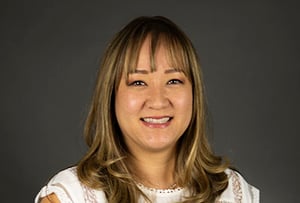 Even though Ginger doesn’t consider herself to be a tech person, the work she’s done for her IT employer has been important for its growth and success. There have been plenty of opportunities for her to develop her professional career along the way.

Ginger has been promoted several times based on her interests and new challenges that she’d like to take on. Although IT is a traditionally male-dominated industry, she’s been encouraged by Accent’s support of the women in its ranks.

“There are so many more opportunities for women here just over the past few years, and I take pride in that,” she said.

Breaking into the Business

Ginger first arrived at Accent as a temporary administrative assistant.  It didn't take long for the leadership team at Accent to realize they'd found a gem.

After she had been hired permanently in that role, she recalls being asked to take over the Design Desk position, where she was responsible for quoting and purchasing. Ginger was in that job for ten years before moving into her current role as Project Manager.

Ginger’s responsibilities in this current role include managing project planning, as well as project team and resource utilization. She’s also tasked with understanding and improving the project process and the customer experience.

“I really enjoy working with our clients,” Ginger said. “Over the years, I’ve developed really good relationships with them, so I like communicating with them as we work on their issues.”

Ginger’s years at Accent are an asset that she leverages to be exceptional at her job.

“Ginger has a strong sense of what Accent’s different teams and departments do,” said her supervisor Chris Frye, Professional Services Manager. “She uses that knowledge to help the various teams integrate and figure out the best way to work with each other.”

Using Communication as a Bridge

Since she’s usually the first and last person to speak with clients, Ginger uses communication to bridge the gap between the technical engineers at Accent and the business folks who rely on Accent to solve their IT problems.

“So much of what I do as a project manager is communicating,” Ginger explained. “I make sure each client is updated at least weekly on the status of their projects. I never want them to feel like we’ve forgotten about them.”

Through her role as a communicator and project manager, Ginger encourages others at Accent to collaborate and work well as a cohesive team.

“Ginger knows what a successful project looks like,” said Chris. “She’s willing to learn the concepts and help us be better communicators of technology to our clients.”

Ginger also attributes her years of commitment at Accent to her coworkers who feel like a family. She receives support and guidance whenever she needs it – she just has to ask.

“I’ve worked for some other corporate companies where employees come and go through a revolving door,” Ginger said. “At Accent, we’ve had the same management, same staff, and same project team members for so long, it helps us form close bonds with each other.”

Accent’s family-oriented atmosphere is reinforced by displays of appreciation during project meetings and making a point of letting someone know when they’ve done a good job.

Even when Ginger was pregnant with her first child, she never felt tied down to her desk. She was able to work out a flexible schedule that was accommodating to her personal needs, and she remembers how it felt to know her supervisors understood.

“At Accent, we’re family and we’ll work through whatever issues we might have,” Ginger said.

Through her various roles at Accent – from when she started as a temp to her current position as a project manager – Ginger has made a positive influence on her Accent coworkers and their clients during her 15 years there. She stays here because of the bonds that she’s formed with the people, and the amazing opportunity she has to build her career as Accent grows.